The Elusive Power Within You: Unveiling the Secret of Pineal Gland

Modern medicine knows little about the true secret of pineal gland and pineal gland function as there has been little in-depth research around it. However, this mysterious human organ has drawn increasingly greater interest over the last decade as people become more and more aware of the mystery surrounding it.

The pineal gland is a tiny pinecone shaped gland situated in the center of the human brain, just right between the left and the right hemispheres.

What many of us know is that the pineal gland function is to produce serotonin and melatonin – the neurotransmitters that regulate our waking and sleeping cycles – hence creating what’s scientifically referred to as the Circadian rhythm.

What’s a less popular fact, though, is that the pineal gland produces DMT (dimethyltryptamine), a powerful naturally-occurring psychedelic that has the potential to create a natural mind-expanding state of consciousness. 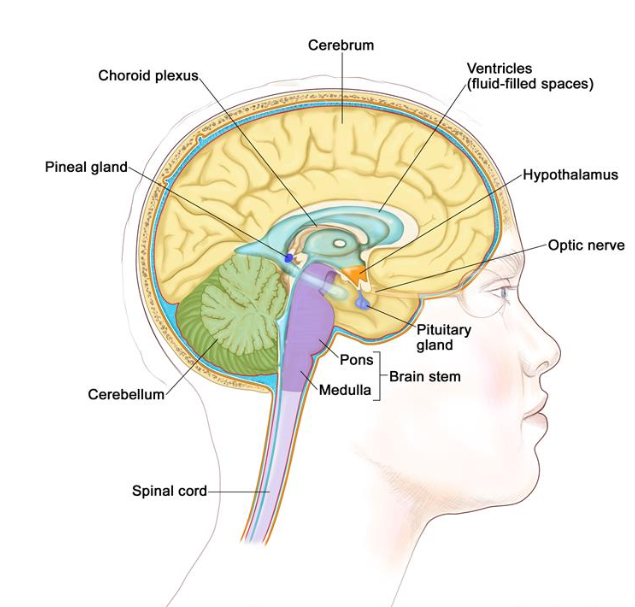 Based on this secret of pineal gland, the organ not only plays a crucial role in our psychological wellbeing, but also holds the key for unlocking the true potential of humanity.

A rich metaphysical history exists around the pineal gland, indicating that ancient cultures knew about this important organ thousands of years ago.

Many ancient religions and cultures including the Babylonians, Indonesians, Egyptians, Greeks, Romans and Christians include symbolic representations of the pineal gland all over their texts. The pinecone symbol, which bears a resemblance to the gland (pine-al), is dominant throughout ancient history and can be found in the ruins of Mesopotamia, India, Ancient Rome, Egypt and Greece.

You can see the symbol appear on top of the pope’s staff, on the Buddha’s hat, and on the Egyptian staff of Osiris.

French philosopher and father of modern Western philosophy René Descartes for instance believed the pineal gland to be the ‘seat of the soul’.

Further, the Western and Eastern mystical traditions alike place our highest spiritual center within the confines of this gland.

What science says about the secret of pineal gland

In a study, the US government alongside Stanford University scientists observed a man travel outside his body into space, remotely viewing the ring of planet Jupiter even before scientists knew it existed. This was attributed to the working of the pineal gland.

The former Soviet Union and numerous shadow organization have also been studying the secret of pineal gland and its powerful effects for decades.

Between the 1990 and 1995, Dr. Rick Straussman carried out a DEA approved clinical study that monitored the effects of DMT on human physiology.

After injecting 60 volunteers with DMT and recording its effects, the research established that DMT, which is naturally released by the pineal gland during dream and at death, facilitates the movement of the soul in and out of a person’s body – representing an integral part of higher states of meditation and sexual experiences.

Nearly all the study participants for instance reported convincing encounters with aliens, or intelligent nonhuman beings.

Our regular daily lifestyles such as consuming fluoridated water lead to the pineal gland getting calcified (hardened) thereby becoming unable to work to its full potential – such as being able to produce DMT to connect us to heightened levels of consciousness.

In her study published in the International Center for Nutritional Research, British scientist Jennifer Luke shows that fluoride deposits accumulate in the pineal gland and calcify it.

Successfully decalcifying the pineal gland however should let you begin to notice many beneficial changes.

When activated, you should experience various pineal gland activation symptoms including a sharper focus, a deep sense of awareness, telepathy, and more.

Pineal gland activation symptoms include a sensation of euphoria and oneness that heals the person’s mind – offering a deep sense of knowledge and enlightenment.

How to activate pineal gland fast

According to various modern-day experiments, humans can activate the deeper functionalities of the pineal gland through a number of ways, including:

There are many benefits of activating pineal gland and fairly uncomplicated ways to do it. With practice, you should be able to master the art of meditation and yoga to help you consolidate this bioelectric energy scattered all over your body.

Dr. Rick Strassman. DMT: The Spirit Molecule: A Doctor’s Revolutionary Research into the Biology of Near-Death and Mystical Experiences. http://www.organiclab.narod.ru/books/DMT-The-spirit-molecule.pdf

Discover Which Of The 4 Types Of Intuitive You Might Be & How They Work. Plus Learn FOUR Powerful Yet Simple Energy Techniques To Awaken Your Gifts To Empower Your Current Reality.